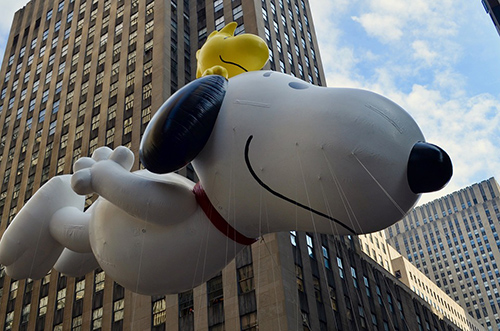 That first year, the Macy’s parade was just two blocks long. About a quarter million people attended the inaugural event. In 1927, Macy’s had Tony Sarg help design the first balloon characters. Sarg teamed with the Goodyear Tire and Rubber Plant Company. In addition, the first air filled balloons were held up with long sticks. As a result, the popular balloons are still the hit of the parade to this day.

Once you finish your brunch, it’s time for the big Thanksgiving Day parade. You can comfortably view the annual spectacle live. Simply settle into the private viewing area to watch the world famous floats, musical acts and much more! Now that is living in VIP style.

This is a once in a lifetime experience. Please contact The Life of Luxury for more information and to book your reservation.

This is a once in a lifetime experience and attend the Macy’s Thanksgiving Day Parade. Don’t forget to return again and follow our luxury blog. We have access to over 50,000 VIP events around the world. Begin living a luxury lifestyle!