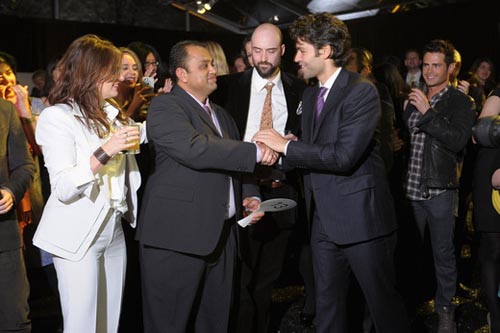 Glenfiddich is the world’s most awarded Single Malt Scotch Whisky.

Glenfiddich is celebrating 125 years of pioneering achievement and recently held an exclusive 150 person anniversary gala on Liberty Island in New York. The luxury event was hosted by actor Adrian Grenier.

The highlight of the evening was definitely the auction of the first U.S. bottle of the world’s most valuable single malt – only one of eleven available.

The event was co-hosted by Glenfiddich Malt Master Brian Kinsman who travelled from Scotland to oversee this auspicious occasion and kick off the brand’s year-long 125th Anniversary celebration.

Lindsay Prociw, Senior Brand Manager for Glenfiddich was quoted, “We’re so excited to have kicked off our 125th anniversary year in such an unprecedented and memorable way.”