Cadillac Escalade Most Stolen Vehicle – A Top Rating Not Envied 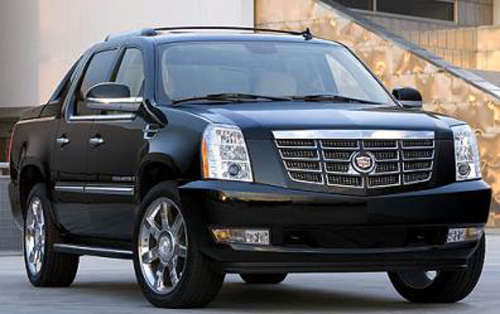 The luxury Cadillac Escalade is the top target of auto thieves.

According to the Highway Loss Data Institute, the luxurious Cadillac Escalade (2007 to 2009 models) is the most frequently stolen car in the U.S.

Following the Cadillac Escalade on the most stolen list, is the Ford-F250 crew pickup, Infiniti G37 sport sedan, and Dodge Charger with a HEMI engine.

This group of vehicles is between three and five times more likely to be stolen, compared to other vehicles, says the Insurance Institute for Highway Safety affiliate.

The data was tabulated based on the number of drivers who had filed insurance claims following an auto theft.

Kim Hazelbaker, who is senior vice president of the Highway Loss Data Institute is quoted saying, “Sedate family cars and fuel sippers aren’t on the hot list.  Thieves are after chrome, horsepower, and HEMIs.”

According to the Highway Loss Data Institute, for the last six years running, the Cadillac Escalade has ranked the lowest in overall theft losses. The Escalade EXT 4-door 4-wheel-drive has the highest theft losses of all models.

On the positive side, there are cars out there with the lowest losses. These include : Volvo S80, the Saturn VUE, Nissan Murano, plus the hybrid Toyota Prius.