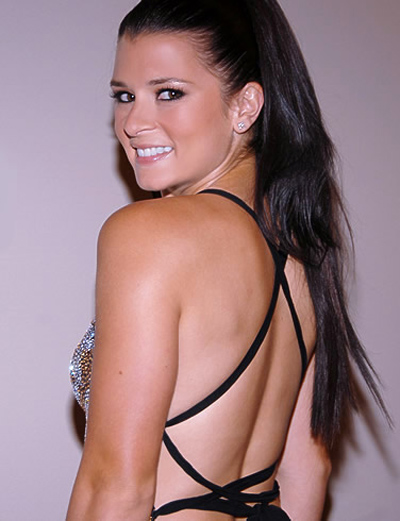 SA Fragrances, an innovator in the fragrance industry recently announced the signing of a global licensing agreement with sports and beauty icon Danica Patrick, to develop and market a Danica Patrick fragrance line.

Danica Patrick for Her … will pre-launch in February and make its retail debut in the spring of 2010. The new fragrance is being developed to reflect the confidence, glamour and uniqueness of Danica and represents her first entree into the world of beauty products.

Danica’s fragrance will be positioned to attract consumers who currently purchase fragrance brands such as Calvin Klein, Ed Hardy, JLo, Paris Hilton, Britney Spears (price points ranging from $29.50-$54.50) and will appeal to a wide audience of consumers who will be reached through innovative event sampling and other interactive experiences.

SA Fragrances will execute a direct to consumer soft launch from the beginning of February through March 2010 with retail distribution and independent retail channels to follow in early April. The initial launch offering will include a 1 oz EDP purse spray, 1.7 oz EDP spray and a 3.4 oz EDP spray with additional fragrance products for second half including bath and body and gift sets.

Danica Patrick for Her will be supported by national advertising and a sampling campaign which will deliver millions of fragrance samples for launch period alone.

“We are honored to be partnering with Danica Patrick. Her success in the racing world combined with her striking beauty has made her both a role model and mainstream, global icon. Danica deserves a beautiful fragrance that is as special as she is and that is what SA Fragrances has created.

The launch and continued promotion of Danica Patrick for Her will include a huge sampling initiative, a major online campaign and event marketing at racing and other venues. Danica’s fragrance will immediately be recognized as the hot new fragrance of 2010”, said Jon Klein VP Sales SA Fragrances.

“The fact that Danica and IMGWORLD chose SA Fragrances to launch her fragrance is a testament to the fact that the fragrance industry is ready for a renaissance back to the creative, innovative perfume houses that consider perfume to be an art, not a commodity. Danica’s fragrance line will reflect her lifestyle, professional, and romantic sides, and will be accompanied by an advertising campaign which celebrates Danica,” says David Hartman, President of SA Fragrances.