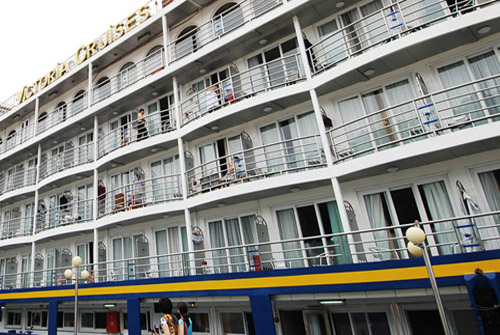 Since its first luxury cruise down the Yangtze River in China in 1994, Victoria Cruises set the bar high and established a new level of excellence. Based in New York City, Victoria Cruises has been busy renovating all its cruise ships. Work on their Victoria Jenna ship was just completed last month and it joined the rest of the five-star fleet.

The Victoria Jenna returned to cruise the Yangtze River between the cities of Chongqing and Yichang. This popular Chinese river cruise is titled Three Gorges Highlights program. The ship sets sail each week on Monday and Thursday. The luxury cruise ship first sailed in 2009 and its renovation included touches of modern elegance and additional luxurious amenities.

Victoria Cruises also finished work on its Victoria Katarina vessel. It went through two different, overhaul projects in 2010 and 2014. Following strict Western standards, all Victoria Cruises ships are designed with the ultimate safety and comfort. Their goal is that each ship’s performance surpasses the high standards expected by both American and European travelers.

As the leading Yangtze River cruise company, Victoria Cruises is proud to have achieved the coveted five-star rating from the China National Tourism Administration on all its luxury cruise ships. In 2010. the Victoria Jenna earned the Silver Award Winner for the Magellan Awards’ River Cruise Ship category by Travel Weekly.

Larry Greenman is the manager of PR and customer service for Victoria Cruises and was quoted, “Since the launch of the Victoria Jenna in 2009, the vessel has been surpassed by our own innovations as we’ve modernized the rest of our fleet one ship at a time. This is a particularly meaningful milestone for us as we’ve restored the six-year-old vessel’s position as the flagship at the forefront of our elegant, five-star fleet. It also signifies the completion of the extensive fleet-wide redesign we began in 2010.” 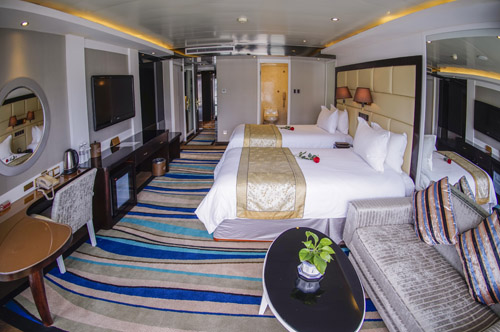 Similar to the other cruise ships, the Victoria Jenna features a large private balcony. It’s ideal to sit back, relax and enjoy the mist-shrouded views of the mighty Yangtze River. As you cruise along the river, take in incredible sights such as centuries-old pagodas, temples and impressive stone carvings.

The ship’s Executive Suites measure 333 square feet in size. These roomy suites with private balcony allow plenty to relax and enjoy your luxury cruise. The Shangri-La Suites are a spacious 587 square feet. The suite also has a private balcony, measuring an additional 215 square feet of space.

The Yangtze is the longest river in Asia, in addition to being the third-longest anywhere in the world. The Nile River is #1 and Amazon River #2. It measures almost 4,000 miles long and its waters eventually flow into East China Sea north of Shanghai. 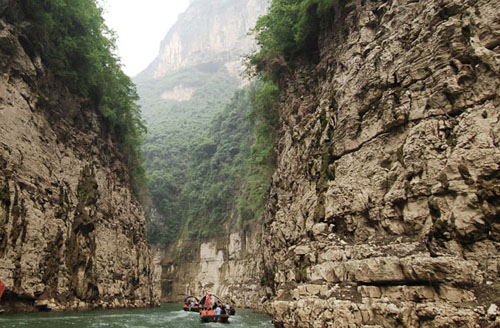 There are both three- and four-night cruise options for the Three Gorges Highlights voyage package. Cruise prices begin at only $980 per person, based on double occupancy. For cruise travelers who want a VIP experience, be sure to book the optional, Luxury Amenities program. With this program, you can expect numerous VIP perks. Enjoy upper deck placement on the ship, personalized “white glove” service, exclusive happy hour, complimentary Wi-Fi Internet access, exclusive ship area access, plus enhanced culinary privileges such as a la carte service and wine and beer with your dinner each night.

A key highlight of any cruise is the choice of shore excursions. For only $90, you can tour the famous red pagoda Shibaozhai and the Three Gorges Dam. Float along the Goddess Stream in a traditional sampan and take in the gorgeous scenery and surrounding peaks. Keep yous eyes open an you’ll see monkeys and even mountain goats.

Enjoy a luxury cruise on the Yangtze River in China on the newly renovated Victoria Jenna ship from Victoria Cruises. Our premier concierge service desk can assist with all of your travel needs. Stop by again to follow this popular luxury blog. We enjoy sharing the latest travel industry news and top tour destinations from around the world.