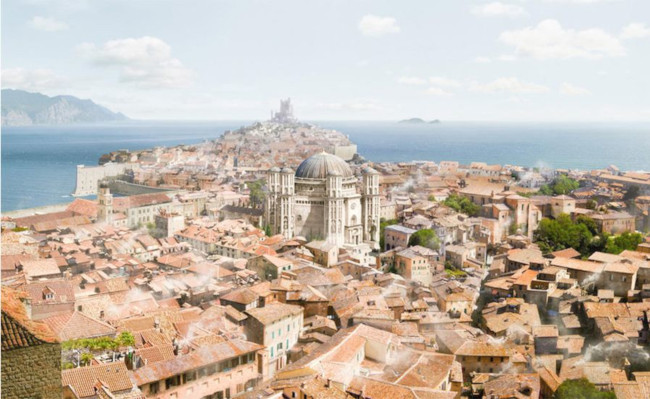 Although the “Game of Thrones” series on HBO has ended after 8 seasons, fans still can’t get enough of this hit show. Well now you can have a chance to cruise and see some of your most favorite sites from the show.

Many fans think of Ireland first and where the whole “Game of Thrones” show was filmed. But a good portion was also filmed in amazing Croatia.

After the blockbuster “The Lord of the Rings” and “The Hobbit” movies, fans from around the world flocked to New Zealand. They got to see first hand over 150 locations actually used in the various movies. Visit and see Mordor, Rivendell, Hobbiton and much, much more. Well now “Game of Thrones” can enjoy the same thrills.

The exclusive 7-day cruise will be an awesome, once-in-a-lifetime vacation. It’s limited to only 38 lucky fans. Cruise to Croatia and see first-hand where the GOT series was filmed. Die hard fans already know that many of the show’s scenes took place in King’s Landing, Braavos, Qarth and the Westeros Riverland.

After spending a day in Split, you’re off to make a stop in Dubrovnik. Here, fans will notice this city as King’s Landing. Many city sites will be recognizable.

Here is the trip itinerary:
– 7 nights on board a luxury yacht cruise with breakfast and lunch included daily and a private balcony
– Game of Thrones filming locations tour in both Split and Dubrovnik, with English speaking Game of Thrones expert
– Croatia’s leading Game of Thrones expert as the guide in Dubrovnik
– Visits the spectacular Krka National Park and beautiful waterfalls
– Discover Croatia’s iconic UNESCO listed cities
– Enjoy beach side cocktails on the Cosmopolitan island of Hvar
– Game of Thrones welcome pack on arrival
– Enjoy an epic farewell party in the Kings Landing
– International return economy flights

The last night will be special for all “Game of Throne” fans. The cruise ship is hosting an incredible GoT-themed party on the last night. It will be held in the enter of King’s Landing. What an amazing VIP experience that should be! As another special treat, all cruise passengers will receive a special GoT-themed goody bag.

As of this publication, cruise pricing is expected to be $1,895 per person for a one-way trip. VIP tickets are available for $2,395 per person.

Are you interested in the “Game of Thrones” cruise by Cruise Croatia? Contact us ASAP for booking availability. Please return soon to follow this popular luxury blog. We share the best in the luxury industry.