Clive Christian’s Scent of the Royals 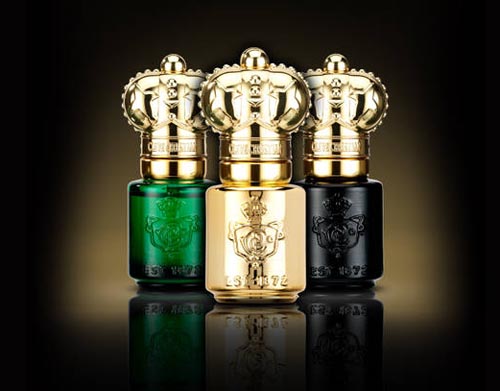 Agreed upon by most people who have experienced it, Clive Christian’s perfume “smells expensive,” and they were right.  At over $800 for 1.6oz, Clive Christian’s No. 1 Perfume for men and women definitely uphold the company’s boast, “The world’s most expensive perfume.”

Created without reference to cost, the No. 1 Perfume was created using the finest, most rare, most precious ingredients.  It was even awarded a gold crown of excellence by Queen Victoria.  Continuing the royal theme, the his- and hers- No. 1 Perfume were presented to Prince William and Kate Middleton as a wedding gift.

Its $865 price tag doesn’t seem to diminish the No. 1 Perfume’s popularity or appeal.  Since only 1,000 bottles are released every year, orders for it are limited to six units every 30 days.

Key attributes of the No.1 Perfume for women are serene and sophisticated with Indian jasmine, Tahitian Vanilla and rosa centafolia, associated with Aphrodite, Goddess of art, love, beauty and creativity.  The No.1 Perfume for men demonstrates an understated yet distinctive, ancient Indian Sandalwood and Arabian Jasmine Sambac impart the scent of an accomplished, uncompromising character.

At $310 per bottle, the 1872 Perfume was named as a tribute to the year Queen Victoria granted her crown to the House.  The X Perfume is clearly the most exotic and alluring scent in the perfume line.  It’s made with the notoriously rare Egyptian Jasmine gathered from the banks of the Nile.  It was rumored to have been used by Cleopatra to capture Mark Anthony’s heart.  The C Perfume is one of Clive’s personal favorites, jasmine, rose, and tuberose lend to its rich (pun-intended), romantic scent.