China The Next Bulls-Eye for Luxury Brands 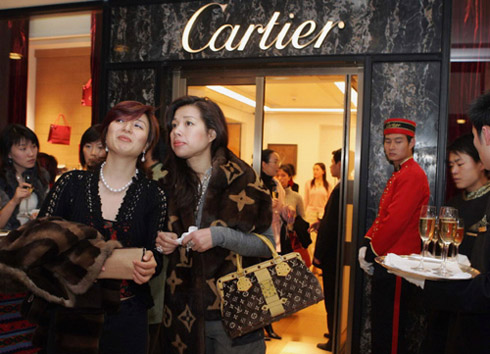 The global economy is still teetering, but most economists believe the the worst is beyond us.

With an uncertain global economy ahead of us, what are the next steps that need to be taken for the luxury market to regain its top billing? Oddly, it may be China.

Many business executives from around the world are looking to China, and more specifically towards the Chinese consumer to give that needed boost and raise the global economy out of recession.

Research firm McKinsey & Co released a study that states by 2015, China will become the world’s fourth-largest population of wealthy households, with an estimated number of 4.4 million.

Now it’s quite possible that China could become world’s biggest luxury market for goods. It seems that wealthy Chinese citizens overall appear to be younger than their counterparts in the West.

Most wealthy Chinese indicate that the Internet weighs heavily on their purchasing decisions, giving Western companies an inroad with this increasingly affluent group.

A joint study (2009 China Luxury Forecast) was performed by Ruder Finn Asia and Albatross Global Solutions It may be a bit surprising that more than half of wealthy Chinese state the current world recession really isn’t impacting their purchasing decisions.

The research study also stated that luxury brands Louis Vuitton and Cartier were two of the most preferred brands among Chinese luxury consumers.

Another important fact is the prevalent use of the Internet by the affluent Chinese. Almost 90% of those talked to use the Internet (Over 310 million people in China have the Internet) to improve their knowledge of luxury brands and products.

This data definitely proves that luxury companies have a lot of work to due to correctly evaluate and attack the Chinese market. But the rewards could become very, very lucrative for those who succeed.