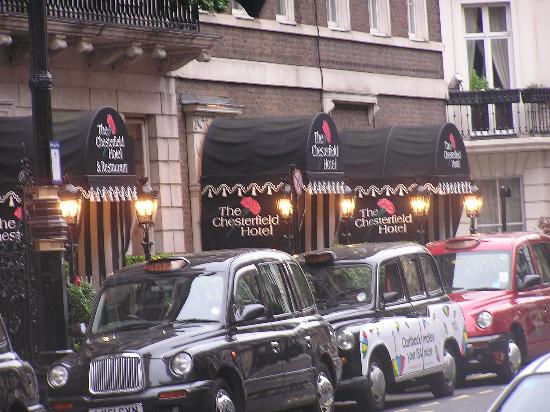 Discreetly tucked away in the exclusive residential district of Mayfair in London, England, the Chesterfield Mayfair Hotel sits within short, walking distance of the bright lights and bustle of Piccadilly Circus, along with Buckingham Palace, the Royal Academy and West End theaters.

Guests are less than 500 meters from the well-manicured lawns of Hyde Park and Grosvenor Square.Famous for its hotels, the Mayfair district holds London’s most expensive homes and features the most luxurious shops on Bond Street. The area is also home to several tucked-away pubs, restaurants and local shops in the atmospheric Shepherd Market.

London’s Heathrow Airport is 27 kilometers from the Chesterfield Mayfair Hotel. The Heathrow Express train service to London’s Paddington Station leaves every 15 minutes. The airport is also on the Underground’s Piccadilly Line, which takes passengers directly to Green Park underground station, located 500 meters from the hotel.

Afternoon canapés can be enjoyed in the light, airy conservatory at the Chesterfield Mayfair, and guests can sample fine cognacs, malt whiskies, sherries, champagnes and cocktails in the gentleman’s club-like ambience of the Terrace Bar. Guests can also dine on British dishes, including the signature dish of Dover Sole, in the relaxed, elegant setting of Butlers Restaurant. 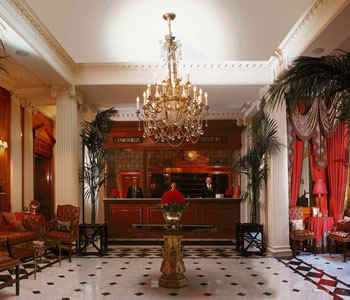 Guests can take advantage of 24- hour room service or browse reading materials in the hotel’s library. The 24-hour, multilingual front desk can exchange currency and offer complimentary access to a nearby gym.