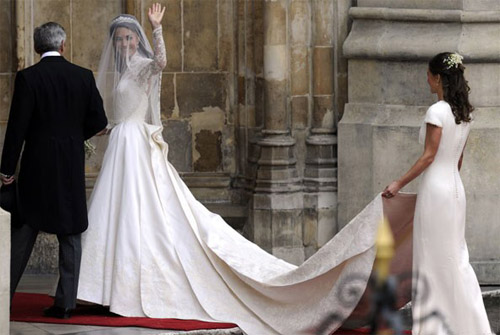 The Royal Wedding, with all its hype and build-up, was a huge success. The Royal Couple, Prince William and Kate Middleton were married on April 29, 2011 with a luxurious, yet timeless tradition ceremony that goes far beyond words.

From the moment Catherine Middleton (Duchess of Cambridge) stepped out in front of London’s Westminster Abbey, her dress was what everybody began talking about.

The stunning ivory and lace gown wedding dress was designed by Sarah Burton at Alexander McQueen.

The designer of the incredible wedding dress was a closely guarded secret. Many fashion industry experts predicted it would be Sarah Burton.

Royal Wedding officials were quoted, “Miss Middleton chose British brand Alexander McQueen for the beauty of its craftsmanship and its respect for traditional workmanship and the technical construction of clothing.”

The beautiful bride, Catherine Middleton looked incredible and her gown featured a plunging neckline and laced sleeves, which were created from individual flowers that were hand-cut from lace and placed onto the ivory silk. 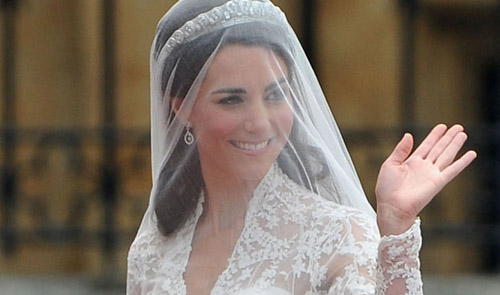 Sarah Burton gained worldwide recognition after she was appointed creative director of Alexander McQueen, soon after the designer’s suicide back in 2010.

Burton had gained fashion industry praise for her own distinctive design style.

In a press statement, Sarah Burton states, “It has been the experience of a lifetime to work with Catherine Middleton to create her wedding dress, and I have enjoyed every moment of it. It was such an incredible honor to be asked, and I am so proud of what we and the Alexander McQueen team have created. I am delighted that the dress represents the best of British craftsmanship.” 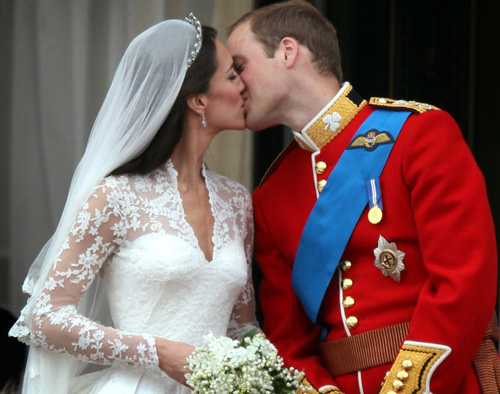