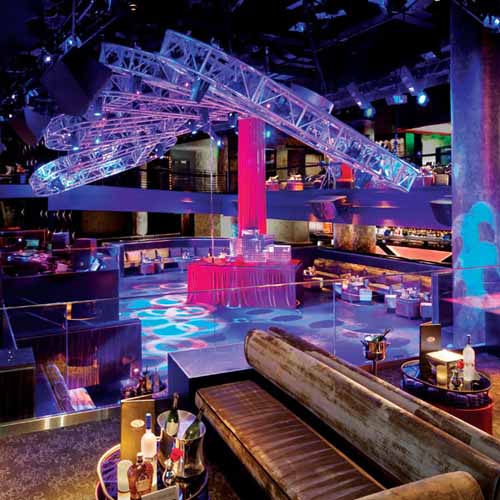 As The Entertainment Capital of the World, Las Vegas will definitely be the place to be on New Year’s Eve.

Up and down the world famous Las Vegas Strip, people will bring in the new Year with a wide choice of parties and celebration hot spots.

All the major, luxury Las Vegas hotels and resorts along The Strip will be celebrating New Year’s Eve with spectacular nightlife, exciting shows, and affordable luxury Vegas hotel packages.

Don’t forget to step outside and take in one of the biggest and best fireworks shows anywhere. Nobody does New Year’s Eve right, like Sin City Las Vegas!

It won’t be difficult to catch a glimpse of a celebrity during one of the many Las Vegas New Year’s parties. Just a few that will be in Vegas are fashion designer and film star Diddy, hip-hop artist Nelly, plus playmates –  Lauren Anderson and Stacey Fusion.

Below is a sample of some of the hottest New Year’s Eve events planned in Las Vegas.

The BANK Nightclub at Bellagio, Las Vegas’ most exclusive nightclub, will toast to 2011 with a performance by British hip-hop sensation Jay Sean.  Ring in the New Year as one of the music industry’s hottest acts shares a string of hits, after leading a special countdown to Midnight with a champagne toast. Individual tickets are $150 per person, permitting VIP access all night and a champagne toast at Midnight.  Table reservation packages are available.

LAX combines the best of its Los Angeles’ namesake. LAX Nightclub brings the energy and excitement that only Las Vegas can create.  Music mogul, fashion designer and film star Diddy will host the evening’s festivities.  For more information, please call (702) 262-4529.

Celebrate New Year’s Eve at Mandalay Bay’s “Block Party” and enjoy food and specialty drinks from a variety of sponsors including Border Grill and rm Seafood. The “Block Party Pass” guarantees entrance into Mandalay Bay Beach where FOX will be filming “New Year’s Eve Live” hosted by Emmy Award-winning TV personality Nancy O’Dell. Passes are $50 in advance, $75 the day of the event and will include a total of five drinks per pass holder.