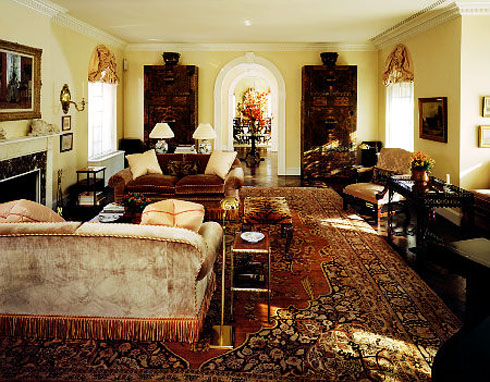 The verdict is in and looks like lowlife Bernie Madoff is going to be in prison a long … a very long time. He received a 150 year sentence but for the hundreds of people he scammed out of their hard earned money, the prison sentence still doesn’t seem enough.

Bernie Madoff has to also give up the majority of his worldly, luxury possessions. One of the key properties was his luxury New York City apartment.

Bernie began serving time in a jail cell back in March, moving out of his luxurious Upper East Side apartment, that is valued at about $7 million.

Last week, a court forfeiture order was handed and Bernie Madoff was told give up an eye popping $170 billion in assets. As part of that court order, Madoff’s wife Ruth Madoff, must now find a new place to live.

What the Madoff’s left behind in their luxury four-bedroom duplex on the upper East Side, included a $35,000 Lavar Kerman Persian carpet and the $20,000 Chippendale-style tea table.

The master bedroom had been designed around Georgian theme with priceless antiques. Included were a canopied bed, fireplace and a burlwood tall chest topped with Chinese porcelains dating back to the late 1700s.

The Madoff’s large kitchen was stocked with fine china and silver serving sets.