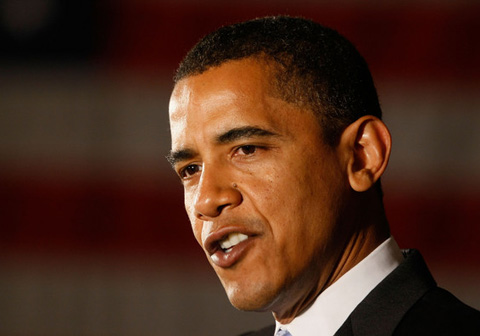 The moment will be etched in time and history was made yesterday. Spontaneous cheering broke out among millions of Democrats in Chicago and the rest of the U.S, when cable news channel CNN announced that Illinois Senator Barack Obama was elected as the first black president of the United States.

Around 11:00 PM EST,  just as California’s voting polls closed, it was their 55 electoral votes that ensured Obama surpassed the magical line of 270 electoral votes required to win the election and become President.

Shortly after that, John McCain acknowledged his defeat and gave a sincere speech thanking his followers and congratulating President elect Obama.

On August 4th, 1961 – Hussein Obama Jr. was born to a white American mother, Ann Dunham, and a black Kenyan father, Barack Obama, Sr., who were both young college students at the University of Hawaii.

After Barack’s father left for Harvard to attend college, she and Barack remained behind, and his father eventually returned alone back to Kenya, where he worked as a government economist.

Barack’s mother later got remarried to an Indonesian oil manager and they all moved to Jakarta when Barack was just six years old. He returned to Hawaii, where he was brought up largely by his grandparents. Sadly, Barack’s grandmother died in Hawaii, just one day before he was elected President.

Barack Obama began teaching at the University of Chicago Law School. He eventually ran as a Democrat for the Illinois state senate seat from his home district. The district included both Hyde Park and some of the poorest ghettos on the South Side of Chicago. Obama did win that election.

In 2004, Obama was elected to the U.S. Senate as a Democrat, representing the state of Illinois. He quickly gained national attention by giving an emotionally rousing and well-received keynote speech at the Democratic National Convention in Boston.

Come January of 2009, once inaugurated, Barack Obama will become the 44th U.S. President and reside over a country with deep economic troubles and a world with many challenges to tackle.