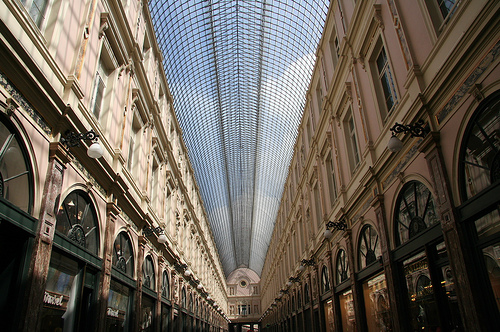 Poor Brussels. The attention it gets as capital of the European Union and home base of NATO suggests a city of functionaries and bureaucrats: stolid, good for business (and breweries), but hardly the center of style.

That moniker belongs to Paris, of course—except among the cognoscenti, who know that Brussels, the 1,000-year-old city of a million-plus, can be more radical in fashion, more adventuresome in cuisine, and much more fun to plunder for antiques.

To go antiquing in Brussels is to bask in civility and ease—especially if you’ve ever suffered the apathy of the 2,500 dealers at Paris’s legendary Marché St.-Ouen. Stay hard by the Gothic, gilded Grand Place—a square called one of the most beautiful in the world by no less than Victor Hugo.

At the Hotel Amigo (1–3 Rue de l’Amigo, 32-2/547-4747; hotelamigo.com; doubles from $335), you’re barely a half-mile walk from the best dealers in and around the Place du Grand Sablon, also a cobbled and gabled but far more sweeping square.

For decades the premier address for fine antiques, the Place du Grand Sablon is still the site of a small weekly antiques market (all day Saturday, half a day on Sunday) that sets up in jaunty red and green–striped canvas stalls.

Here are mostly small wares of good quality but modest distinction—brass candlesticks, clocks and boxes, porcelain and silver for the table.