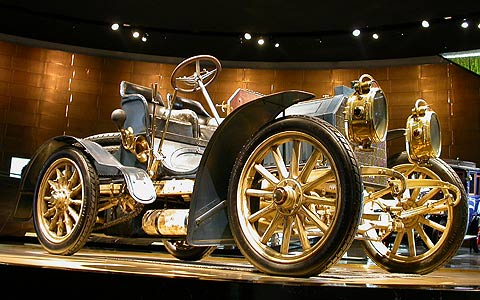 From the Mercedes Simplex to the E Series, Mercedes vehicles are, and have always been, sought-after vehicles. Mercedes has been known for their cars since 1871, when the company was founded in Stuttgart, Germany.

The company crafted its first car in 1886, and in 1901 the original Mercedes was released for public consumption.

The Mercedes Simplex, technically the third vehicle they ever created, was first produced in 1902 and again in 1909 by Daimler Motoren Gesellschaft. Wilhelm Maybach was the designer of the Mercedes Simplex, which offered more engine performance and more stability than previous vehicles.

The Mercedes 35hp, that was created the year before the Mercedes Simplex, broke with several standards of automobiles of their time. To keep up with the tradition Maybach and Daimler knew they needed the Simplex to be even more of what consumers were considering a “standard” car. They decided to added comfort by means of simplicity, hence the name “Simplex.”

As you can imagine, cars like the Simplex are highly sought after because of rarity. With the 1902 vehicle improving the horse power of the engine, the Mercedes Simplex had to prove its worthiness on the race track. The first race track to see the Simplex in action was at Nice, France.

In 1903, the Mercedes Simplex gained another fan in Kaiser Wilhelm II. He expressed such admiration for the car in stating that it was a truly magnificent engine, but not as simple as its name implies.

Currently, antique vehicles like the Mercedes Simplex can only be seen at the Mercedes Benz Museum in Stuttgart. They still have 13 original Simplex units on display. These vehicles still take part in competitions each year as some of the best cars ever made.

Whether you are interested in new, antique, or used Mercedes cars performance and dedication to luxury are marked factors. The modern line of Mercedes vehicles includes SUV’s, trucks, and compacts. They recently began offering Smart cars for city driving. The reputation of Mercedes Benz will continue to be on the top of the quality car list for performance, endurance, and comfort for quality vehicles.