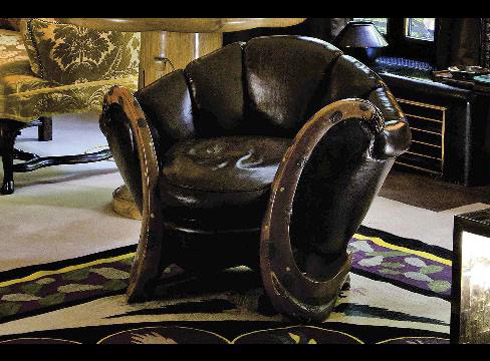 Several months ago, a record was set at the auction of French designer Yves St. Laurent’s art collection. His “Dragon Chair” sold for a record $28 million.

Oddly, the buyer of the Dragon Chair was the same dealer who sold it to Yves St. Laurent in the early 1970’s.

The auction was held in Paris France. It included about 150 lots offered up for the highest bidder, in the five-hour decorative-arts session.

The so-called “dragons” leather armchair was originally made by French designer Eileen Gray, around 1917 to 1919.

If you think the winning bid is hard to comprehend, it is. The $28M is the most for a work of 20th-century design at any auction.