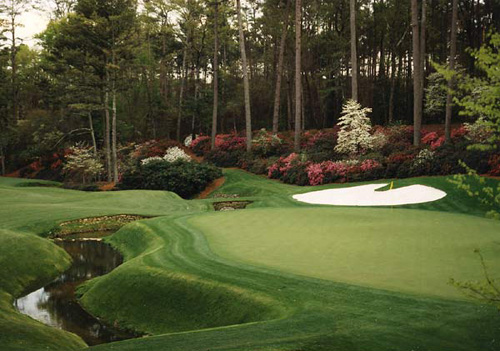 The Masters Golf Tournament is one of the two golf majors that has a permanent home.  The Augusta National Golf Club in Georgia, plays host to the annual golf competition that’s rich in both history and tradition.

Bob Jones and Clifford Roberts purchased the Fruitlands Nurseries in 1931, and with the help of golf architect “supremo”, Alister Mackenzie, turned the turf into one of the finest and most traditional golf courses in the world.

They proceeded to invite all of the top American golfers of the era to an inaugural tournament on March 22, 1934. Six years later, the Masters was re-scheduled to be played the first full week in April.

Since then, the Augusta National has played host to one of the most illustrious events on the international golf calendar.

Masters Golf Tournament is golf’s most unique major championship and is possibly most famous for its ceremony of the tournament winner. Each year the victor is awarded a Green Jacket, usually presented by the previous year’s winner.

However, on three occasions there has been a successful defense of the crown.  The first instance was in 1966 when Jack Nicklaus personally slipped the jacket on himself.

The Augusta golf crowd was highly delighted that day. It now seems a fitting gesture from the golf legend who would go on to win The Masters six times in his successful career.

Although dominated by American golfers initially, South African legend Gary Player broke the international drought by winning the U.S. Masters title in 1961. Prior to that time, American giant Arnold Palmer, had made the course and title his own.

On other occasions, such as with Nick Faldo in 1990 and Tiger Woods in 2002, the club chairman was on hand to check that the famous jacket’s collar was straight.

It was way back in 1949, that the first Green Jacket was awarded. That year the Masters champion was Sam Snead.

The prestigious Masters Golf Tournament takes place in breathtakingly beautiful surroundings. The course is famous for its Azalea-draped scenery. The golf course was built on the former Fruitland Nurseries.

Its heritage is still obvious today, beautifully showcasing many varieties of shrubs and trees that decorate the golf course.

In fact, every hole takes the name of a different plant. For example, the 13th is called Azalea, while the 3rd is called Flowering Peach.

Only one hole is not protected by a bunker – the 14th. The greens at Augusta are known to be notoriously fast.

The 2010 Masters will be more significant than usual, due to the return of Tiger Woods to golf after his highly publicized extra-marital affairs. 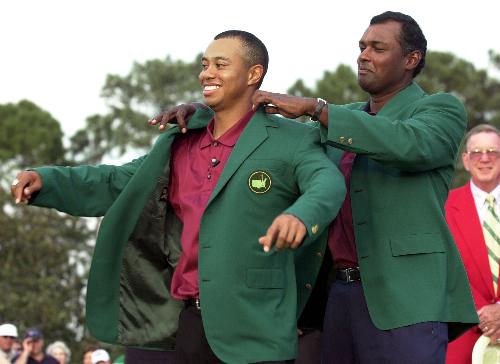