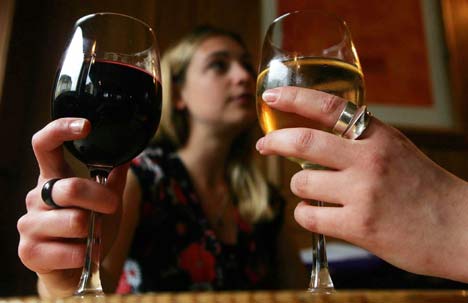 In a study that could make marketing managers and salespeople rub their hands with glee, scientists have used brain-scanning technology to shed new light on the old adage, “You get what you pay for.”

Researchers from the California Institute of Technology and Stanford’s business school have directly seen that the sensation of pleasantness that people experience when tasting wine is linked directly to its price. And that’s true even when, unbeknownst to the test subjects, it’s exactly the same Cabernet Sauvignon with a dramatically different price tag.

Specifically, the researchers found that with the higher priced wines, more blood and oxygen is sent to a part of the brain called the medial orbitofrontal cortex, whose activity reflects pleasure. Brain scanning using a method called functional magnetic resonance imaging (FMRI) showed evidence for the researchers’ hypothesis that “changes in the price of a product can influence neural computations associated with experienced pleasantness,” they said.

The study, by Hilke Plassmann, John O’Doherty, Baba Shiv, and Antonio Rangel, was published this week in the Proceedings of the National Academy of Sciences.

The research, along with other studies the authors allude to, are putting a serious dent in economists’ notions that experienced pleasantness of a product is based on its intrinsic qualities. “Contrary to the basic assumptions of economics, several studies have provided behavioral evidence that marketing actions can successfully affect experienced pleasantness by manipulating nonintrinsic attributes of goods. For example, knowledge of a beer’s ingredients and brand can affect reported taste quality, and the reported enjoyment of a film is influenced by expectations about its quality,” the researchers said. “Even more intriguingly, changing the price at which an energy drink is purchased can influence the ability to solve puzzles.”