Angelina Jolie – Honorary Damehood from Her Majesty the Queen 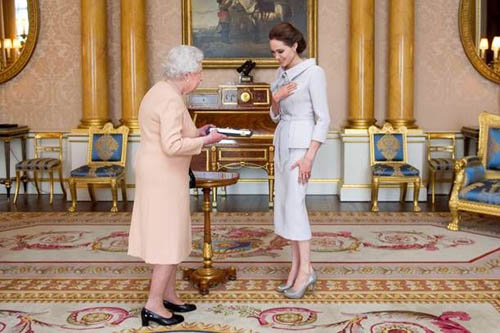