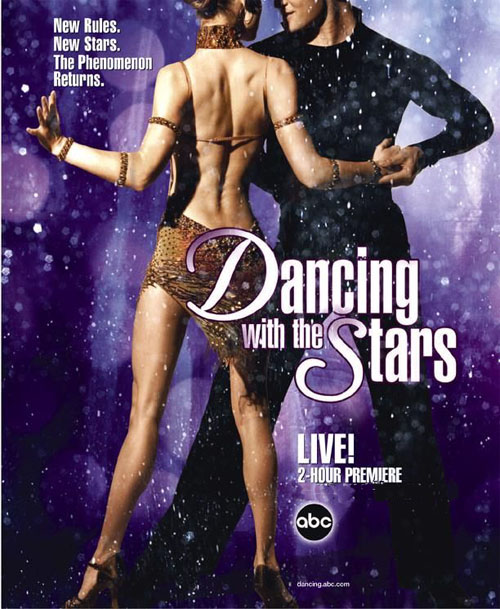 The hit ABC show Dancing With The Stars is back. The Three-Night Premiere Event Begins Monday, September 22 2008 and this season, the shows seventh, is projected to be the best ever.

Season seven of Dancing With The Stars marks the largest cast assembled to date, the oldest and youngest competitors ever, and includes two Olympic Gold medalists, a Grammy®-winning singer, a television legend, an Oscar® winner, and a Super Bowl champion. Additionally, all four professional dancers who have previously tasted the thrill of victory return to compete against one another for bragging rights.

This season also promises to be the biggest and most demanding season ever.  For the first time ever, all thirteen teams must prepare two routines for the first week of competition. 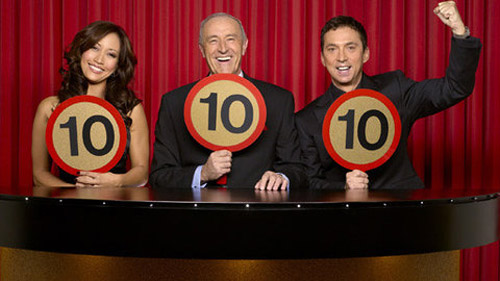 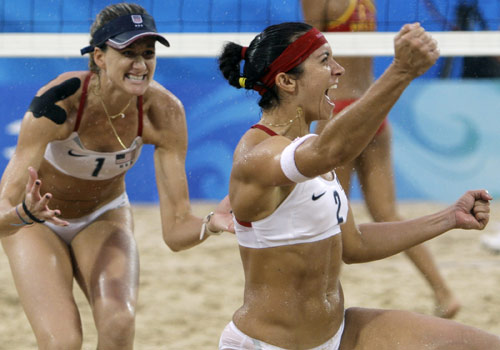 Playing through a steady and sometimes driving rain, May and Walsh defeated China in straight sets and extended their amazing winning streak to 108 matches in a row.

The winning American team defeated Wang Jie and Tian Jia 21-18, 21-18 for their second Olympic gold medal, after also winning in Athens. This win confirms their dominance of the sport.

May and Walsh did not lose a set in seven Olympic matches, playing through smog, sweltering heat and a drenching gold medal game before a loud, sold-out crowd. 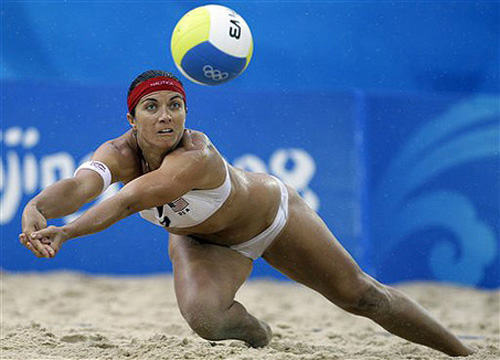 Few athletes are identified with their sport more closely than the face of women’s beach volleyball, Misty May-Treanor. Misty was born July 30, 1977 in Santa Monica, California and is married to Florida Marlins catcher Matt Treanor.

May-Treanor attended Long Beach State where she was part of the 1998 NCAA Championship, defeating Penn State. Nicknamed “Turtle,” she paired up with Holly McPeak early in her career, collecting her first five career wins in addition to placing fifth in the 2000 Sydney Olympic Games. In Huntington Beach in 2006, she surpassed $1 million in career earnings, just the second American woman to accomplish that feat.

Kerri Walsh is nicknamed “Six Feet of Sunshine,”  was born in California and grew up in Saratoga, California. Beyond winning dozens of tournaments, Kerri is an extremely valuable marketing image for the sport. Her friendly and personable demeanor, great sportsmanship, and imposing presence on the court have done much to fuel the popularity of beach volleyball in the 2000s.

Walsh has appeared in several television commercials, and has been a guest on a number of popular talk shows as a result. In February 2006, Kerri Walsh had a guest starring role in an episode of CSI: Miami along with several other AVP Volleyball players. 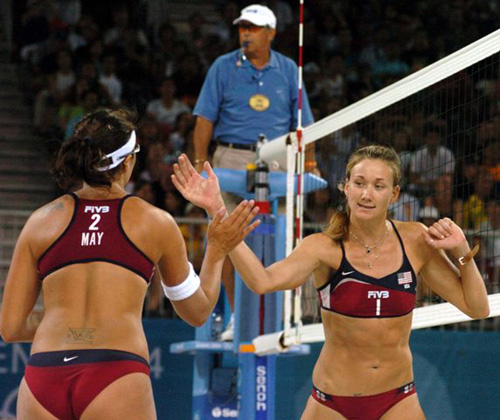