Escorted Tours to the Grand Canyon and Las Vegas 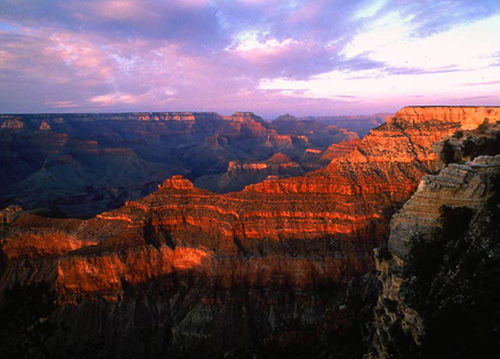 Las Vegas has fast become synonymous with glamor, excitement and excess. Its famous strip is as glittering as its clientele, and the city has become the place to see and be seen in, drawing gamblers from across the world to try their luck at the some of the most well-appointed casinos in the world, hosting tournaments as well as catering for the staggering 39 million tourists that visit each year.

But it’s not just a city of poker and roulette. Escorted tours to Las Vegas could just be the ticket to get to know “Sin City” and all it has to offer. And it’s more than you might expect.

The night-life in Las Vegas is unparalleled, with shows in most of the buildings that line the strip as well as further into the city. Your tour guide will be able to advise you on the best places to go, and your itinerary is likely to feature an evening performance or two.

From burlesque to performance art to cabaret, the city comes alive with music and dancing. Just walking along the strip at night is a show in itself, with its colorful light display and water features such as the iconic fountain in front of the Bellagio hotel. You’re also more than likely to catch a glimpse of a wedding or two at some of the little chapels in the city, with their bright signs and costumed ministers.

But it’s not just at night; daytime visit Las Vegas has plenty to offer, and escorted tours will offer you the chance to explore the area in organized coach trips and day excursions. Las Vegas is also one of the world’s foremost resorts for golfing, with over 55 courses throughout the city and its surroundings.

The courses cater for all abilities, and feature stunning designs by legendary American golfer Arnold Palmer. The Arroyo golf course, for example, uses the rocky terrain to present a challenging, contoured course which features panoramic views of Red Rock Canyon, under which it is built, and the Las Vegas city-scape.

Escorted tours will often combine a trip to Las Vegas with an excursion to the nearby Grand Canyon. One of the natural wonders of the world, the Grand Canyon is an astounding example of natural architecture. Its intricate network of mesas, cliffs and gorges is carved out of and into the rich red rock, and the sight is even more spectacular when the sun plays along its contour lines, which run up to a mile deep.

And if you’re not content to enjoy the panorama from the safety of the observation deck, perhaps you might want to walk the Grand Canyon Skywalk, a glass bridge suspended 4,000 feet over the Grand Canyon, giving views over the Colorado River and the natural structures of the gorges, as well being perfectly positioned to see the eagle silhouette carved into the wall to the right.

If you can handle looking down, then perhaps a helicopter ride would suit your adventurous streak, skimming the gorges and taking in the skyline before heading back to the comfort of your hotel.

There’s plenty to do in Las Vegas, and with so much going on, you’re sure to have the trip of a lifetime.