Da Vinci’s “The Last Supper”, More Than A Painting? 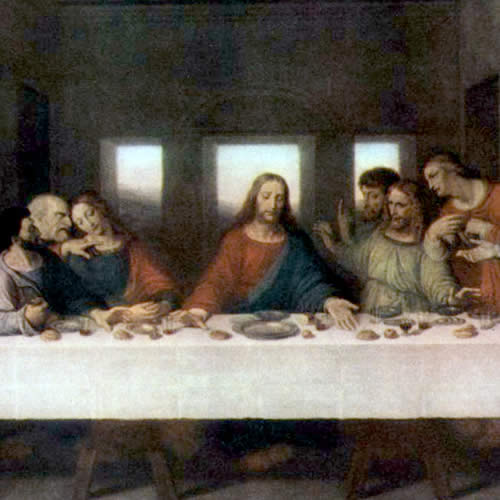 An Italian musician thinks there are musical notes encoded in his most popular work of art. Giovanni Maria Pala drew the five lines of a musical staff over the painting and associated the loaves of bread and the hands of Jesus and his Apostles as notes.  He claims the result ”sounds like a requiem.”

Over the years, many people have studied Da Vinci’s “The Last Supper” painting for hidden clues.  Papa in his new book, says he began studying the painting in 2003 out of curiosity.  He feels the musical score is “almost painfully slow but musical.”  Full article