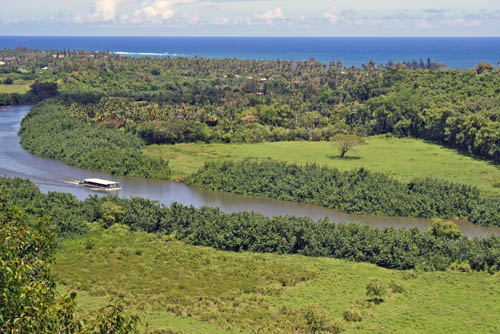 Wailua River – scene location in “Raiders of the Lost Ark”

Hawaii has long been a popular location for Hollywood movies. Over the years, well over 100 movies have been filmed just on Kauai “The Garden Isle.”

If you want to experience the Hollywood side of Hawaii, then choose Polynesian Adventure Tours as your personal tour guide.

For those who can’t get enough movies and are a self-proclaimed “movie buff,” then be sure to try the “Ali’i Movie Excursion and Scenic Hanalei” land tour from Polynesian Adventure Tours. 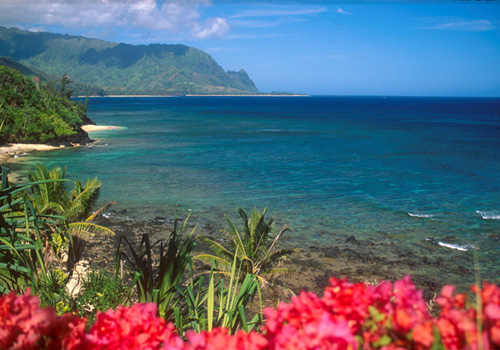 In addition to enjoying many of the most beautiful sights on Kauai, you will also experience a Hawaiian Hollywood journey and explore some of the most exciting and romantic movie locations on the island.

The Ali’i Movie Excursion and Scenic Hanalei tour is the newest on Kauai and is definitely a “must do.”

You can enjoy this tour from the comfort of well maintained, air-conditioned mini-buses. It’s a fun and pleasurable live narrated tour that offers specially licensed video scenes from the popular  movies that were filmed on the island of Kauai.

As you drive around the island, not only will you see famous locations used in Hollywood films, but there are numerous stops along the way so you can take photos and pose like your favorite leading actor.

For example, Hanalei Pier was a fun stop. On the shores of the beautiful and world’s famous Hanalei Bay, Hanalei Pier was the location for a pivotal scene in the classic 1959 movie “South Pacific.” Stroll to the end of the pier and gaze out across the blue waters of Hanalei Bay, or watch daring local kids jump from its roof. 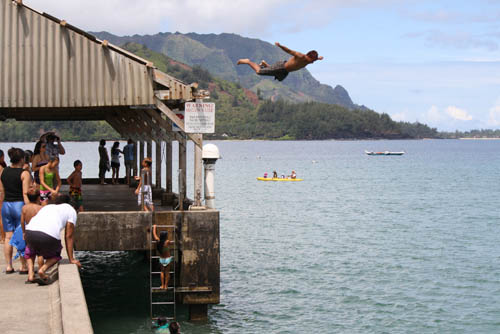 The Ali’i Movie Excursion and Scenic Hanalei tour is for everybody, including locals and tourists, families and groups of friends.

We were picked up at our hotel on-time and had fun meeting the others on our tour that day. Our driver – Jack Custer, was very knowledgeable as he has lived on the island for numerous years. He taught us many interesting facts about Hawaii, the island of Kauai, as well as its many scenic spots.

On an island so beautiful and lush, is one of the ugliest and saddest stories on Kauai. In its prime, the iconic Coco Palms Hotel was one of a kind. The most popular movie filmed at the Coco Palms was “Blue Hawaii,” which starred Elvis Presley. 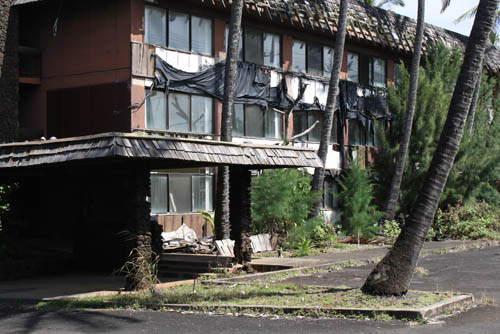 In 1992, Hurricane Iniki slammed into the beautiful island of Kauai, causing devastating damage and power outages that lasted for months. One of the most hard hit areas was near Wailua. The result is the ruined remains of the once famous and long vacant – Coco Palms Hotel. In 1961, Elvis Presley filmed the finale of his film “Blue Hawaii” at this location.

If you are looking for an activity that provides a memorable experience and actually makes you feel like you’re part of a popular Hollywood movie or TV show, the Ali’i Movie Excursion and Scenic Hanalei tour is for you. Be sure to add it to your list of Kauai island things to do.

To learn more about the Ali’i Movie Excursion and Scenic Hanalei tour or all the island tours available from Polynesian Adventure Tours, please visit: http://www.polyad.com/kauai/alii_movie_tour_scenic_hanalei.html