Enjoy England and the Year of the English Garden 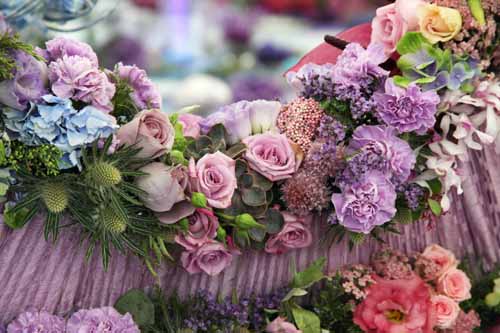 2013 celebrates the 100 year anniversary of the RHS Chelsea Flower Show in England. But that’s not all, England has numerous other anniversaries, openings and milestone events this year.

It’s never been a better time to visit England and experience the country’s rich culture and amazing sightseeing. Here are several of the top picks to enjoy:

Flex Your Gardening Muscles
Queen Elizabeth Olympic Park will be largest new urban park in England for a century and its redevelopment is an incredible undertaking. The northern part – opening in July 2013 – will focus on wildlife, biodiversity and ecology, with reed beds, grassland and brown field areas and broad-leaved woodland and hedgerows, designed to create habitat for different species. The southern part – due to open in spring 2014 – will be more urban, featuring a 21st century pleasure garden and a series of “outdoor rooms”. The two will be linked by a 13-metre wide tree-lined avenue and in total more than 4,000 trees, 127,000 shrubs and over a million herbaceous plants will be planted across the park. You can visit now on limited ‘Park in Progress’ tours. Tours will run on weekends and school holidays from March 29 to May 6 2013 and cost £15 / $22 for adults, £7 / $10 for children under 17. Children under four go free. www.noordinarypark.co.uk<http://www.noordinarypark.co.uk>

On the Rhododendron Trail
Bowood House & Gardens in Wiltshire is one of the best spots in the country to enjoy rhododendron walks and in March the 18th century house opened a new four-acre section of garden to extend the walks even further. In flower from late April until mid-June, rhododendrons (as well as camellias and azaleas) brighten up over 60 acres of these fantastic gardens, which have been a labour of love since the 1760s when Capability Brown first put his stamp on it. Also new for 2013 is ‘Tractor Ted’s Little Farm at Bowood’. Based on the series of books, the attraction gives children the opportunity to meet friendly farm animals and try their hand on a mini tractor track and digger den. A great addition to what is already one of the best adventure playgrounds in the country. The highly popular series of monthly guided tours of Lord and Lady Lansdowne’s Private Walled Gardens have made a welcome return for 2013.  Enjoy admission to Bowood House & Gardens, a two course lunch in the House Restaurant and the tour for £27.50 / $41 per person.  The Rhododendron Walks are just £3 / $4.50 extra. www.bowood-house.co.uk<http://www.bowood-house.co.uk>

150 years of Stephenson R Clarke
2013 marks the 150th Anniversary of the birth of Stephenson R Clarke, creator of one of the most stunning gardens in the country: Borde Hill Garden in Sussex. As patron to some of the most prolific plant collectors, Clarke created the garden with many rare trees and shrubs from exotic locations. Today, his foresight and hard work allows visitors to experience a world-renowned botanical collection surrounded by stunning Sussex countryside that has hardly changed in the last century. A Grade II* listed Garden and park listed by English Heritage as being of historical interest, ensure Borde Hill Garden ranks high among England’s great gardens. www.bordehill.co.uk<http://www.bordehill.co.uk>

Blossoming Thirties
The UK’s only Blossom Trail in Worcestershire ‘s Vale of Evesham celebrates its 30th birthday in spring 2013. 50 miles of pink and white flowers comprising apple, pear, plum, damson and cherry blossom stretches from the Cotswold village of Broadway to Pershore to the west, a stretch said to be the inspiration for A Midsummer Night’s Dream. People can walk, cycle or drive the Blossom Trail by themselves or they can take one of the official Blossom Coach Tours. As well as enjoying the spectacular scenery, the tour takes in a host of farm shops, pubs and nurseries who all celebrate the Blossom Trail and attempt to make the connection between blossom and fruit through themed produce, menus and demonstrations for example Apple scones, Blossom Marmalade, Pershore Plum Jam and Blossom Cake. The best time to visit is mid-March to mid-May. www.blossom-trail.org.uk<http://www.blossom-trail.org.uk>

Getting back to nature
Sudeley Castle in the Cotswolds has launched two new gardening tours this year: Available the first three Fridays and Saturdays of the month, the 75-minute tours of the award-winning gardens cost just £18 / $27 per person; its “Gardening for Wildlife” tours has been created by Sudeley’s Head Gardener, Jon Hodder, in support of the Gloucestershire Wildlife Trust’s Living Gardens. On the 75-minute tour, visitors will see how the castle’s grounds support hundreds of wildlife specifies within its many niche gardens, castle ruins and medieval stew pond including slow worms, toads, bee orchids, disease resistant elms, bumble bees, dragonflies, kingfishers and nuthatches to name a few. The tours run throughout May and September and cost £14 / $21 per person. www.sudeleycastle.co.uk<http://www.sudeleycastle.co.uk>

Saying it with Flowers
New for this year, Salisbury Cathedral has launched ‘Cathedral Flowers’ group tours. The two-hour visit will include: a short guided tour around the Cathedral floor to learn about its flower themed architecture and windows; a specialist talk about cathedral flowers including plants suitable for use; and a demonstration of an arrangement suitable for a cathedral or church.  You might also get to see ‘behind the scenes’ and visit the Cathedral’s cutting garden. Designed by the Cathedral’s Creative Director and Chelsea Gold Medalist, Michael Bowyer, the tour costs £18 / $27 per person, based on a group of 10. www.salisburycathedral.org.uk<http://www.salisburycathedral.org.uk>

Chelsea Flower Show Turns 100
Last but by no means least, one of England’s most iconic events, the RHS Chelsea Flower Show (May 21 – 25, 2013) celebrates its centenary, with a big nod to the influence and inspiration of England’s landscape and flora. Established in 1913, on the grounds of the Chelsea Royal Hospital in London, the show has become one of the most celebrated annual events in the world. Since its beginning, the show has grown from 244 exhibitors to over 500 and today the show attracts 161,000 visitors. Over the last century, the Chelsea Flower Show has seen radical changes in horticultural fashion, ranging in style from Japanese dwarf trees to an 80ft high pyramid garden. At the heart of Chelsea is the exhibition of plants staged in the Great Pavilion by nurserymen and women, professionals and amateurs. Today, Chelsea is still viewed as the most important event in the horticultural, not to mention social calendar; a fashionable event, the hats and frocks are as much admired and elaborate as the flowers. www.rhs.org.uk/chelseaflowershow<http://www.rhs.org.uk/chelseaflowershow>