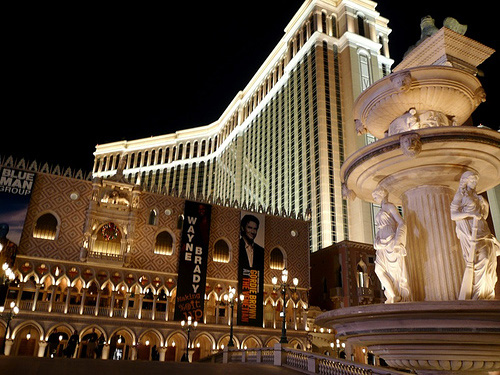 The luxury Venetian Resort-Hotel-Casino in Las Vegas is one of the world’s most luxurious resort and convention destinations. The Venetian is proud to be the largest property in the U.S. to receive AAA’s Five Diamond and the coveted Forbes Travel Guide Four Star awards.

For an amazing world of art experience, you can view Da Vinci – The Genius, the most comprehensive exploration of Leonardo da Vinci’s work ever created. This art exhibit is offered as a limited engagement at The Venetian® in Las Vegas. Da Vinci – The Genius will be open daily from 10 a.m. to 9 p.m.

Da Vinci – The Genius was developed by experienced da Vinci experts in both Italy and France. The exhibit celebrates one of the most revered and dynamic minds of all time. The exhibition consists of eleven enticing themed areas of da Vinci’s vast work. Many people do not know that the work of Leonardo da Vinci led to some of modern society’s most impactful inventions, including the helicopter, airplane, automobile, submarine, parachute and bicycle.

A misy see at Da Vinci – The Genius is the new Secrets of Mona Lisa exhibit, that presents findings of French scientific engineer and examiner of fine art, Pascal Cotte. Back in 2004, Cotte was was allowed to remove “Mona Lisa” off the wall at the Louvre and conduct scientific analysis. This Las Vegas exhibit showcases Cotte’s study and 25 of his most compelling revelations, illustrated by 40 super-magnified, high-resolution sectional images exploring every aspect of the work.