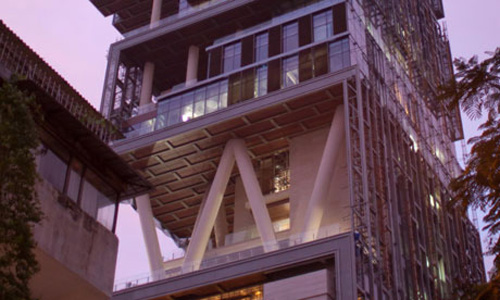 It appears we have a new world record in the land of real estate. It’s been reported the world’s most expensive house has been built in Mumbai, India.

Mukesh Ambani is the world’s fourth richest man according to Forbes and the richest man in India.

This unbelievable new house, named Antilia has an estimated value of an eye-popping $1 billion !!!

In addition to the living pace, this ultra-luxury new home features a health club with a a ballroom, a gym and dance studio, a minimum of one swimming pool, guestrooms, various lounges, in addition to an impressive 50-seat cinema.

If you’re worried about where to land your helicopter …. don’t. The swanky new luxurious digs has three helicopter pads located on the roof.

Parking also won’t be a problem. The property will include spaces for up to 160 vehicles.