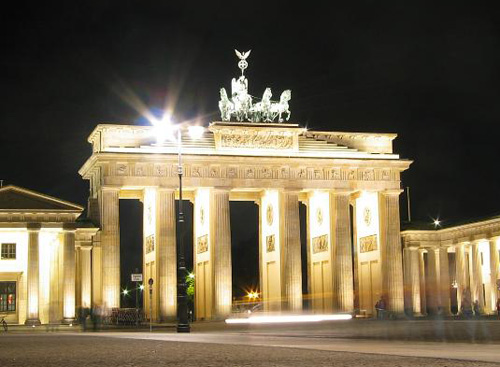 Berlin is the capital of Germany and one of the most fascinating cities in all of Europe. A visit to Berlin will provide exciting sightseeing, superb gourmet food, the newest in modern art, and a fantastic nightlife.

During the many years World War II, many of Berlin’s buildings where heavily damaged. After the reunification process, almost all were rebuilt.

As World War II ended, the Allies had Berlin divided up into four different sectors. In West Berlin, the Americans, the British and the French controlled this sector.  In the Eastern part of Berlin, the USSR had control.

Since the fall of the infamous Berlin Wall in 1989, the city was incredibly merged together. Now, the united Berlin is once again the capital of all of Germany.

The landmark Brandenburger Tor, at 85 feet (26 meters) in height, was originally the main gate to Berlin. During the bleak years of the Cold War, the Brandenburger Tor was a forgotten icon in run-down East Berlin. Now it proudly represents the symbol of German reunification. 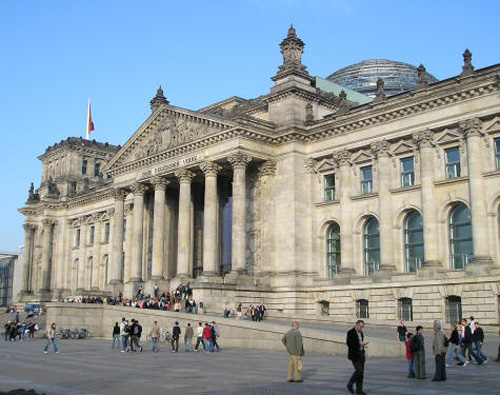 After a 1933 fire destroyed the dome, Adolph Hitler used the accident to declare a state of emergency in Germany. But 12 years later the Red Army showed their victory by planting a flag on the roof.

Visitors will find man many remains of the Cold War in Berlin. For one, Check Point Charlie is great example.

Originally, Check Point Charlie was a primary crossing point between East and West Berlin. Its museum showcases a reminder of difficult time in Berlin’s history.

In the Haus am Checkpoint Charlie, view photos, and various memorabilia from the Berlin Wall and an assortment of devices that were used by citizens to escape from the East to the West.

Make a trip to the sixth floor, where the food and beverage department is located. Gourmet lovers can rejoice and find approximately 1700 different cheeses, 1000 different sausages and 800 types of bread.

Berlin hosts a multitude of weekend markets. Several of the best ones include: Grosser Berliner Trdel- und Kunstmarkt at Strasse de 17. Juni in Tiergarten, Kunst-und Nostalgiemarkt at the Museumsinsel and Flohmarkt am Arkonaplatz.

At Christmas time, indulge in the taste of sausages, waffles and the popular German Gluhwein at one of the many festive, Weihnachtsmarkt events around the city.