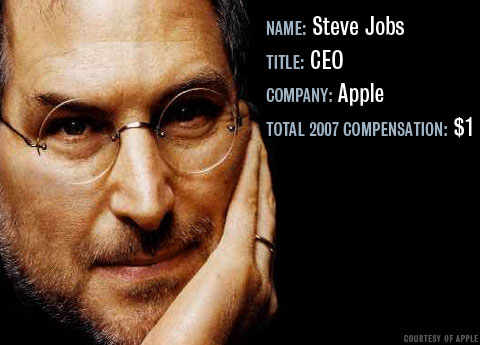 So who are the top tech fat cats?

Which tech CEO earned just $1 in 2007? Who raked in $74 million before retiring? Which newcomer managed to accumulate $3 million after less than two weeks on the job?

When it comes to tallying top executives’ compensation packages, recent rules from the U.S. Securities and Exchange Commission make it tougher for public companies to be evasive. Read on to find out what 30 technology chiefs cost their companies in 2007, once their salaries, bonuses, stock awards and more are added together.

Note: These figures are based on the summary compensation tables included in public companies’ proxy statements (DEF 14A form), as filed with the SEC. Full article