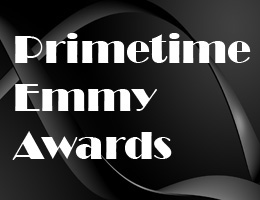 There are over 15,000 Television Academy members and they vote for the Emmy award winners in their respective field of knowledge and experience.

The Primetime Emmy’s is one of the top award shows held each year. This major award show should not be missed and now you can have an unforgettable, luxury experience. Attend in VIP style that only very few non-TV industry people can ever imagine. You can also see your favorite primetime TV performer as they walk down the coveted red carpet.

When asked about Seth Meyers being the host for this year’s Emmy Award, the President of Late Night and Alternative Programming, NBC Entertainment – Paul Telegdy, was quoted, “Seth is such a talented performer and writer, and we know he will bring something unique to hosting the Primetime Emmy Awards.”

The first Primetime Emmy Awards show was held way back in 1949. At the time it was simply known as the “Emmy Awards.”

Would you like the opportunity to maybe rub elbows with your favorite TV star. You can also inquire about the famous after-party, where many of the top Hollywood celebrities attend after the main Emmys show ends.

Contact us for more information about VIP tickets for the 2015 Primetime Emmy Awards event: