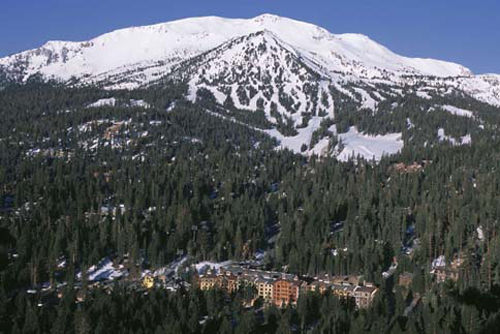 Mammoth Mountain Ski Area is the leading four-season mountain resort in California and is proudly celebrating its 60th anniversary this year.

With 1.3 million annual skier visits, Mammoth Mountain is the third most frequented ski resort in the entire United States. The popular ski resort attract skiers and snowboarders from all across California as well as from across the U.S. plus many countries from around the world.

Mammoth is undergoing a variety of enhancements as it prepares for the upcoming 2013/2014 ski season. One example is the popular Mammoth Mountain Inn is undergoing a $700,000 renovation that will enhance the hotel guest experience.

The resort’s enhancements will offer customers more fun on the slopes thanks to the re-opening of June Mountain, new air service routes from the biggest California cities, a Sochi Olympic Games training ground, enhanced experiences for visiting families at the Unbound Playgrounds and Adventure Zones, in addition to new culinary experiences that will make foodies very happy.

Mammoth Mountain is proud to have been named an Official Training Ground for U.S. Freeskiing and U.S. Snowboarding, by the U.S. Ski and Snowboard Association. It will be a great chance to see the top U.S. skiers and snowboarders prepare for the 2014 Sochi Olympic Games early next year in Russia.

In addition, the 2014 Olympic Snowboarding Team for halfpipe and the new slopestyle Olympic event will be announced at Mammoth during the final Sprint U.S. Snowboarding Grand Prix Jan 18-19, 2014.

For those who enjoy a fine dining experience, try CAMPO and celebrated chef Mark Estee. The restaurant, located in The Village at Mammoth was just named one of Esquire’s best new restaurants in the United States. In addition, Lakefront Restaurant is a delightful lakeside restaurant and introduced a new chef, seasonal menu, and organic produce.

Families can enjoy both Unbound Playgrounds and Adventure Zones, which provide a comfortable introduction to snow terrain parks for beginners and children.

New this season are the arrival of Big Bird and the Cookie Monster who will reside in The Playground section of the park. The park will offer a Sesame Street West theme this winter, which make sit the perfect place for children to kids to discover the winter sport.

If you are interesting in booking your winter ski trip to Mammoth Mountain, California – please contact one of our travel concierge specialists who can help arrange your stay.