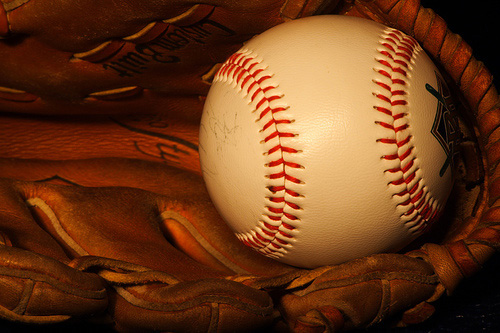 We all know that there is a lot of money involved in professional sports. For sports teams that exceed the salary cap budget each other, must pay hefty, luxury tax penalties.

For example, MLB (Major League Baseball) teams are currently being audited to evaluate what their payrolls ended up after this past season. The 2015 MLB season ended witht he Kansas City Royals winning the fall classic, World Series. The Royals beat the New York Mets in five games. The win gave Kansas City the second World Series championship in their franchise history.

According to a recent Forbes article, it’s time for MLB teams to pay the dreaded, luxury tax penalties for 2015. It’s often hard to predict what the luxury tax penalties will be for each team. During the course of the baseball season, there many changes to a team’s 40 man roster. Players get traded and cut from a roster. They may retire or new players can join from minor league team affiliates.

We read all about the skyrocketing player salaries in professional sports like baseball, football, basketball and hockey. For this past baseball season, the average player salary is a whopping $12.9 million. That figure includes both benefits and extended benefits for the players. A lot of different things go into that staggering salary number including: payroll, workman’s compensation, unemployment and Social Security taxes; health and pension benefits; club medical costs; travel and moving expenses; spring training allowances; postseason pay; insurance in addition to player meals and tip money and more! Don’t forget about incentive bonuses that were earned and non-cash compensation. Now that’s quite the benefit package.

So who leads the list of big spenders. No surprise, but the Los Angeles Dodgers and New York Yankees lead the pack. In fact, those 2 teams have paid a luxury tax every year. The current estimates are as follows:

The Dodgers team salary breaks an all-time high this year. The Red Sox exceed the cap for the first time since 2011 and the Giants have done it for the first time ever. Does loading p your team with big salaries guarantee a World Series win in October? Of course not. None of the above teams won or even made it to the World Series.

We realize it’s not as simple as stocking a team with high salary players. There are many factors that must be looked at as to why a team doesn’t win it all. Remember, only one team is the big winner each year. Injuries, bad luck, players not jelling with each other, poor performances, etc….

No one has a crystal ball so we’ll all wait and watch until that last out is made and only one team is standing at the end of a long season as World Series champion!  Will big spending buy a team’s way to the title?  Only time will tell.

Do you love reading about money and power stories like the above luxury tax penalties article? Follow our luxury blog for the latest luxury news. Contact us if you would like to attend a red carpet event, meet your favorite celebrity or take a luxury vacation to your dream destination.