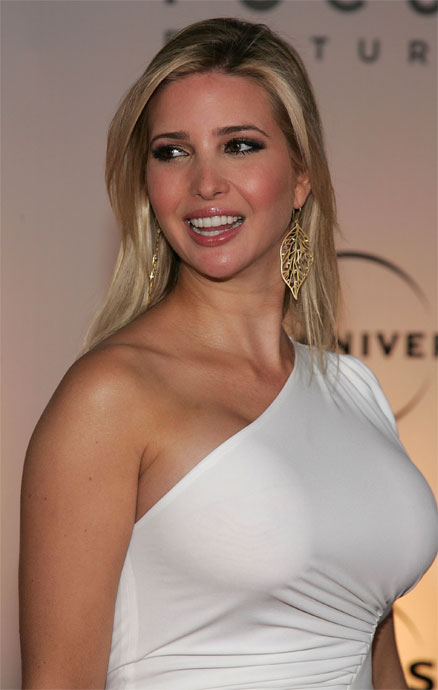 She inherited both the traffic-stopping glamour of her mother and the staggering fiscal wealth of both parents — reason enough for her to be selected as one of the chief participants in the 2002 documentary Born Rich, a glimpse into the lives of some of the wealthiest young heirs and heiresses in the world — helmed by Jamie Johnson, prince of the Johnson & Johnson empire.

As a young adult, Trump became a frequent guest star on talk programs, news magazines, and reality series such as Late Night with David Letterman, Entertainment Tonight, The Tonight Show with Jay Leno, and Project Runway (appearing as a guest host in 2006). She also hosted the 15th Annual Miss Teen USA Pageant in 1997.

Starting in 2006, Ivanka began to appear on her father’s popular reality show The Apprentice, becoming a regular boardroom judge the following year, replacing Carolyn Kepcher starting with the sixth season of the series.