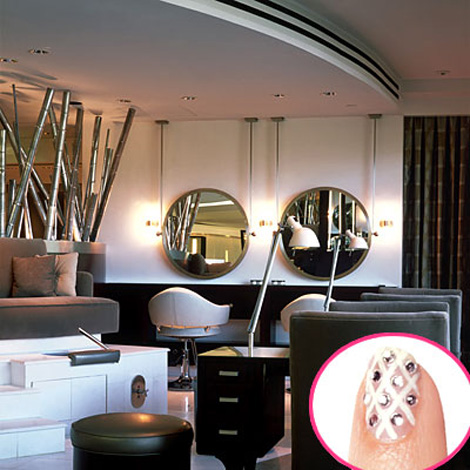 Cristophe is a world-renowned hair stylist who has been styling the locks of beautiful women and men, rock and celebrity royalty, and politicians alike for over 20 years.

From his stylish salons in Beverly Hills, Washington D.C., Newport Beach, and Saint Barth’s. Cristophe also has a fabulous salon at the MGM Grand in Las Vegas.

Cristophe is well known for individualizing every hairstyle to his client’s very own distinct personality. He is also known as the “Go To” all-occasion hair stylist and has personally accommodated celebrities for special occasions such as the Academy Awards, Emmy Awards, Golden Globe Awards and People’s Choice Awards.

The legendary Cristophe has performed his haircutting creative magic on A-list clients such as Bill and Hillary Clinton, Nicole Kidman, Cameron Diaz, Goldie Hawn, the Hilton girls, and even common folk who can afford him.

The salon offers special features offered are bridal and bachelorette packages that include champagne, decadent desserts, spa treatments, hair and makeup plus a group photo for everlasting memories. For those wanting to arrive in style, limousine service is available.