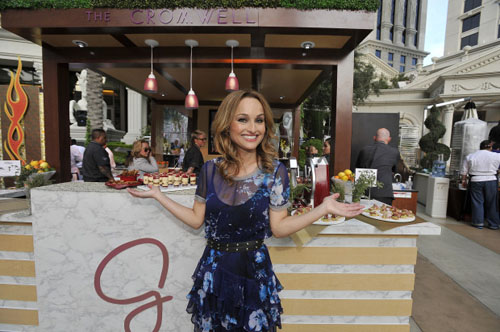 Vegas Uncork’d by Bon Appétit festival will occur between April 23 and 26, 2015. Held in Las Vegas, this year marks the ninth annual star-studded culinary event and is expected to be the best one ever. Chef Emeril Lagasse will make his first appearance and provide event guests the opportunity to enjoy a taste of New Orleans with a first-of-its-kind seafood extravaganza.

Chef Guy Savoy will take guests on an amazing foodie journey with perfect pairings and celebrate the best in food and KRUG Champagne, which is the world’s foremost luxury Champagne House. Chef Guy Savoy will serve a delicious four-course meal that showcases his signature dishes. They will be paired with prestigious bottles including Krug’s exclusive Grand Cuvée and Krug Rosé.

Another anticipated event will be hosted by Chefs Mary Sue Milliken and Susan Feniger. The female duo will take diners south of the border with a taco fiesta. Hakkasan Chef Ho Chee Boon will host an intimate dining tour across modern China with a delicious, six-course dinner that’s Cantonese-inspired.

The Chefs of Wolfgang Puck will showcase the many flavors of Chef Wolfgang Puck’s empire during a special lunch that will be hosted by Spago Executive Chef, Eric Klein.

Events at this year’s Vegas Uncork’d by Bon Appétit will be held at ARIA, Bellagio, Caesars Palace and MGM Grand in Las Vegas. Other noted chefs that will be there include Michael Mina, Masa Takayama, François Payard, Jean-Philippe Maury plus Frankie Pellegrino Jr.

You can purchase tickets for Vegas Uncork’d by Bon Appétit at www.VegasUncorked.com

If you would like to attend the popular Vegas Uncork’d by Bon Appétit festival, contact us today to help plan and book your luxury travel itinerary. Follow this luxury blog to learn about other food events and dining related travel experiences.